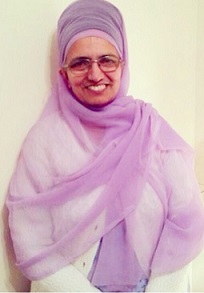 Yesterday was the birthday of Bibi Balbir Kaur Jee Khalsa, Singhni of Bhai Sahib Bhai Rajinder Singh Jee and Jathedaarni of Chalda Vaheer Jatha. Most of us will know Bibi Balbir Kaur as Mata Jee; her get up and go nature, admirable approach to life and infectious smile are just some of the things we think of when remembering her.  Anyone who has met Mata Jee will tell you about her warm character, she is a fountain of love and gives the best hugs!

Mata Jee wasn’t born into a Gursikh family, she was blessed with Amrit di daat in 1974 before her Anand Karaj with Bhai Sahib, and it was here where she adopted the Rehat of wearing a ‘Keski’- something which is truly part of Mata Jee’s identity today.  After moving to the U.K. Mata Jee aspired to become a teacher, however she started working in a sewing factory to support her new family and husband’s studies. At the time Bhai Rajinder Singh Jee was studying Metallurgical Science in Dudley College, therefore Mata Jee was the main breadwinner and provided for the whole family.

During 1974 to 1980, Bhai Sahib Jee was very much involved with the Akhand Kirtani Jatha (UK), they would organise Keertan programs, Rehnsbais and Amrit Sanchaars, many of which would be held at their residence. As a new bride, in a new country having left all her family; Mata Jee could have felt bitter about not spending time with her husband, which many females today would, however she supported her husband in his seva. Without thinking twice, she sacrificed her own personal needs and desires to allow Bhai Sahib Jee to continue with his love to do Parchaar through Chalda Vaheer. 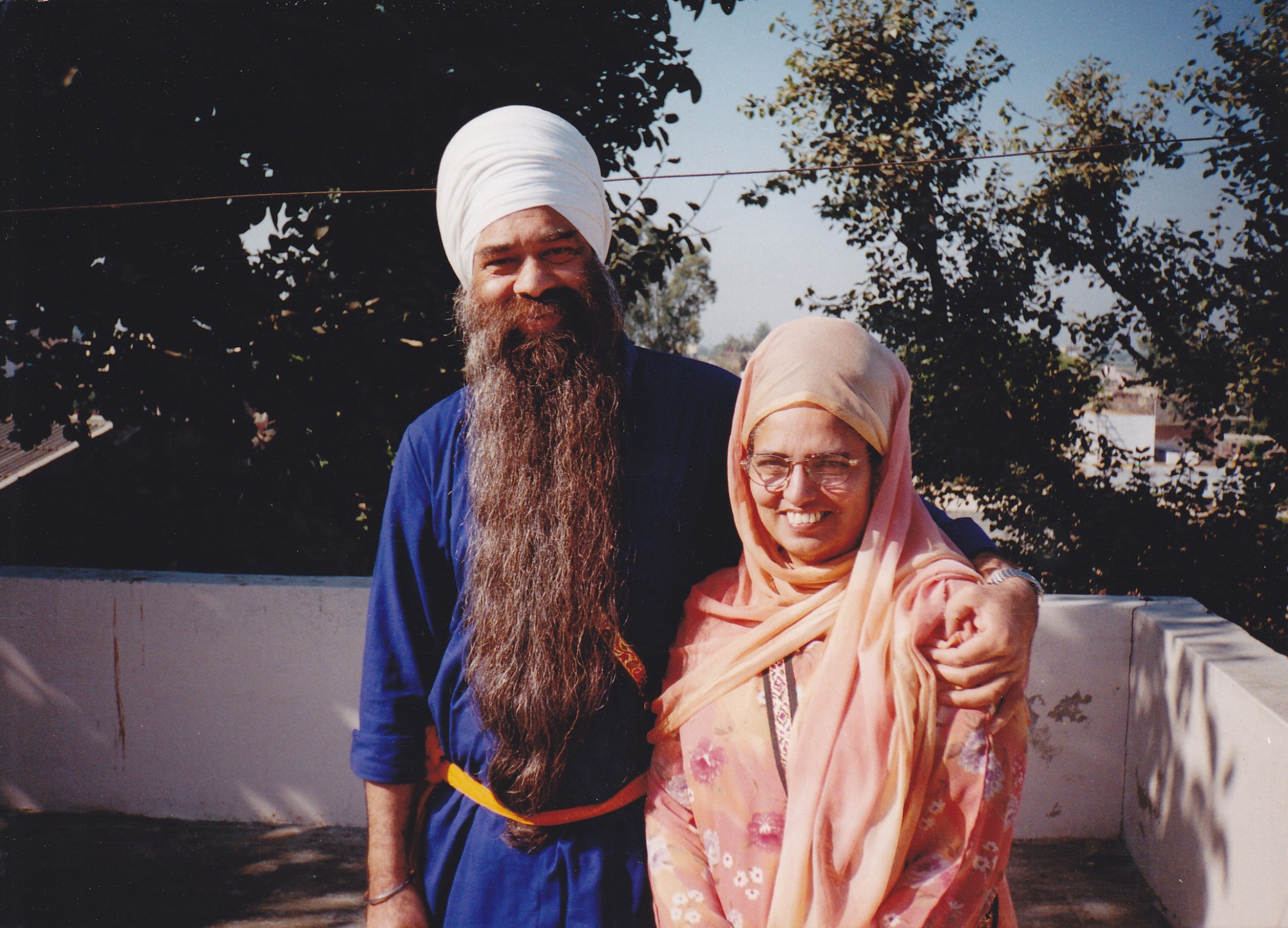 Bibi Balbir Kaur Jee started to get involved in seva, she would prepare Langar and set the home for Sangat despite having young children. When Bhai Rajinder Singh Jee would go abroad for Parchaar, she would accompany them on some trips and do Pehredaar seva and Granthi seva during Amrit Sanchaars. At Gurmat camps, Mata Jee would also teach children Gurmukhi and the basics of Sikhi.

After the 1984 Anti-Sikh genocide in India, Mata Jee had Bhai Sahib’s mother who was living alone in Punjab immigrated over to the U.K. Mata Jee looked after Bhai Sahib’s mother as her own, such is her character; she works to make sure everyone is comfortable, no matter how much she herself has to struggle.

Talking of struggles, there were many Bibi Balbir Kaur Jee faced; living in a Punjabi family she grew accustomed to hearing extended family members speak ill of Bhai Sahib travelling so much, leaving their family and Mata Jee all alone to provide for herself, their three children and their elderly mother.  In a brief conversation with Bibi Jatinder Kaur Jee (Austraila), she recalls staying at a relatives’ home in London whilst her parents were away doing seva, these relatives would try to convince the three siblings to live life through Punjabi culture, instead of by the teachings of Guru Granth Sahib Jee Maharaj.

When Bhai Sahib Jee and Mata Jee left for Holland, it was only meant to be for a matter of weeks. They took Bibi Jatinder Kaur with them and left their youngest daughter Bibi Daljit Kaur in the care of her Masi Jee (maternal Aunt). When weeks turned into months and eventually two years, you can imagine the pain of separation for both Mata Jee and Bibi Daljit Kaur, whom at the time was very young.  Still with this pain locked in her heart, Mata Jee continued to support her husband with his seva and never looked back. 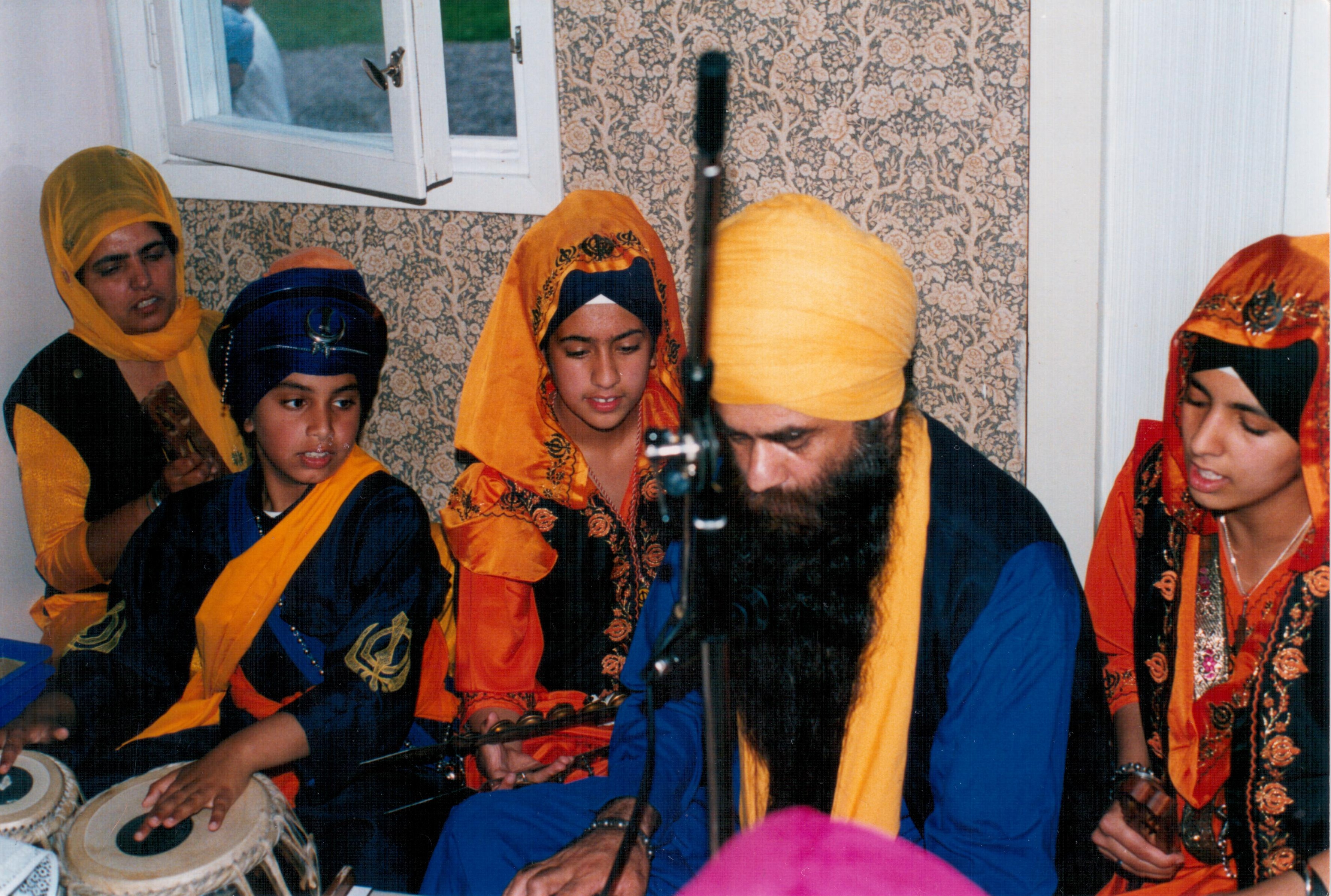 As a mother, Bibi Balbir Kaur Jee was the most supportive, loving and friendly person. Encouraging all three of her children to study hard, Mata Jee wanted them to have an easier life because growing up, the family didn’t have very much money. They never bought expensive Punjabi clothes or wasted money on materialistic things, but what they did have was pyar (love) and Sikhi; that too in abundance all thanks to the upbringing of Mata Jee.

Since Bhai Sahib left for their heavenly descent in 2000, Mata Jee has upheld the seva they took on as Chalda Vaheer Jatha International and has been doing Sikhi Parchaar under the CVJ banner in Europe, Asia and Australia.

Bibi Balbir Kaur Jee sacrificed her career aspirations, her dreams and desires as a new bride, she allowed Sangat into the privacy of her own home, lived without seeing her husband every day, tolerated separation from her children, put up with taunts from people who were meant to be family and still came out smiling in the most Chardi Kalla.  We salute such a strong Singhni and do Ardas that Maharaj keeps blessing Mata Jee with such fortitude and seva for the Panth. Great are those who follow the Guru’s teachings, may we all be inspired to live such high spiritual jeevans.

The happy soul-bride is attuned to the Word of Shabad; she is in love with the True Guru.

We have 94 guests and no members online