'Behind a great man there's a great woman'. 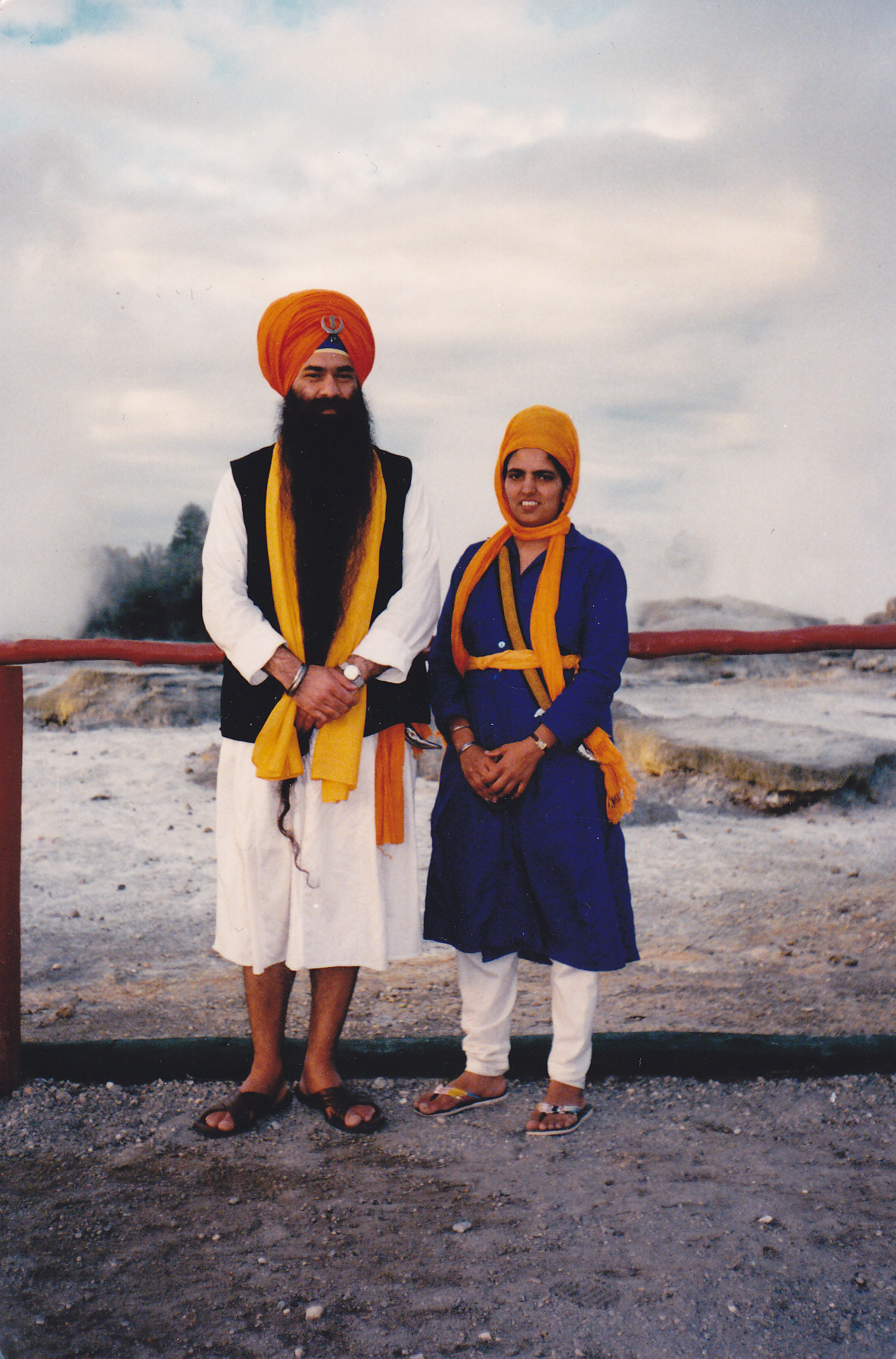 The inspiring story of Bibi Balbir Kaur, who was the wife of Bhai Sahib Rajinder Singh. Bibi Balbir Kaur was not from a Gursikh family and took Amrit in 1974 before her Anand Karaj to Bhai sahib in London (UK) She adopted the rehat of wearing Keski at that time. From the period 1974 to 1980, Bhai Sahib was actively involved with Akhand Kirtani Jatha (UK) through organising kirtan programs, Rehnsbahi and Amrit sanchars. As many programs were held at Bhai Sahib house at Dudley and Bibi Ji would be involved in preparing langar sewa (even with very young children). Bibi Ji never hindered or stopped Bhai Sahib from his desire to do Sikhi parchaar and accompanied him on some trips. In those early days, Bibi Ji also even assisted in the Amrit sanchar sewa as paredar or granthi (when there was not enough singhs for Panj Piyaray). This photo is taken from the second world trip in 1987, in New Zealand. There are so many stories, Bibi Balbir Kaur faced many struggles and challenges, she was the 'engine' that ran the household, she was the sole provider, she cared for 3 children and her elderly mother. She played an active role in the sewa, taught children punjabi, basics of Sikhi during Gurmat camps. After Bhai Sahib passed away in 2000, she has maintained the Gurmat Camps sewa in Europe under 'Chalda Vaheer Jatha' banner and has tried to keep the Sikhi parchaar ongoing.

We have 83 guests and no members online